Wagon loads of gold bars.  Chests full of gold coins.  Barrels of missing dimes that have supposedly fallen over a cliff.  There are dozens upon dozens of treasure legends waiting to be uncovered.   All we have to do is find it.

Sounds easy enough when there are books, websites, and internet forums dedicated to the sole purpose of retrieving them.  Maps and GPS coordinates spread across the pages.  Pictures of what the treasure may or may not look like.  Stories of failed attempts where hunters were positive the treasure laid..

A little research, a canteen and shovel, and off we go to find the riches buried below.   Easier said than done...

Especially when many of those treasure legends sound like complete nonsense.  Either too good to be true, or just plain illogical to begin with.

That being said, we do know for a fact that hoards of coins and jewels have been hidden for safe keeping for centuries.  We know of stories across the globe where very real treasure has been uncovered.  Usually by accident....

In November of 1992, Peter Whatling lost a hammer while working on his farm in Hoxne - a small village in Suffolk, England.   When an eyeball search failed him, he called upon on his friend Eric Lawes who happened to own a metal detector.  I think you see where this is going…

Eric and Peter dug what would be considered one of the greatest treasure finds in England.  The Hoxne Hoard.  60 pounds (27.2 kilograms) worth of Roman coins, jewelry, and artifacts.

569 gold coins - 14,272 silver coins - 24 bronze coins.  On top of that numerous jewelry and household items made from gold and silver were found.  What about the hammer?  They found it too.  It sits in the British Museum right next to the hoard.

Pavel, Petko, and Michail Deikov.  They may be the 3 luckiest brothers to ever walk the Earth.  Working at a tile factory in Panagyurishte, Bulgaria - the three brothers were digging for red clay when the discovered their treasure.

What they first thought was a strange looking whistle, soon turned out to be a phiale, an amphora, and seven rhytons.  All totaled up - 13.5 pounds (6.1 kg) of 24K gold.  Worth $268,000 USD in gold melt value.  The treasure itself is considered priceless however.  Dating from the 4th to 3rd century BC - it is thought to be from king Seuthes III of Thracia. 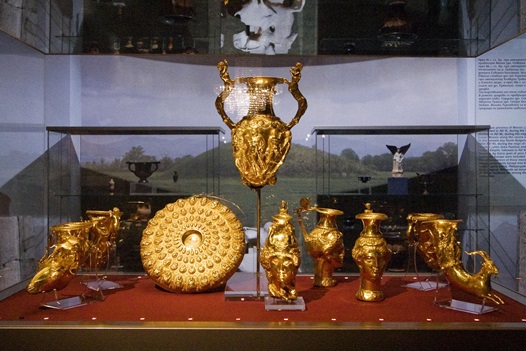 So obviously there is treasure to stumble upon with an extreme stroke of luck.  But what about the widely known treasure “legends” out there.  Most “legends” can be translated into - fantasy.

This treasure legend states that a wagonload of 1907-D (Denver Mint) dimes went right over the Black Canyon cliffs near Gunnison, Colorado.   They were en-route from the Denver Mint to Phoenix, Arizona. 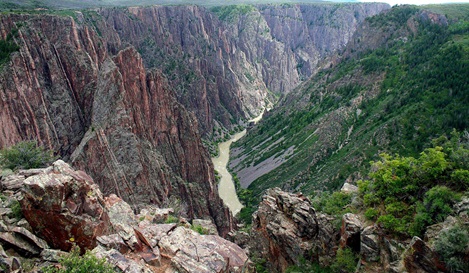 The mint was not using wagons in 1907.  There were multiple railways heading west and south coming out of Denver for close to 25 years at this point.  Barrels of dimes would have surely been train shipped and with a likely military security detail to escort it.

Also - the original story came about by a hiker who stumbled across a guy at a campfire.  The guy at the campfire was searching for the dimes and passed the info along to the hiker.  The legend was born.  No names.  Just a guy who met a guy...

The final nail in the coffin of credibility?   While some have said they have found “gallons” of the dimes and that carts and barrels have been seen along the rim - not a single picture has been taken.  No dimes - no wood - no pictures.  Not a single news story was ever written about it in 1907, and the mint denies the story completely.

This is one of the more popular (and silly) treasure legends still active today.  In 1816 Thomas Beale and a few friends were exploring the Rocky Mountains, when they stumbled upon loads of gold and silver and jewels.

So much - it immediately puts the whole story into speculation.  3,300 pounds of gold.  5092 pounds of silver.  Plus the jewels.   4 tons of precious metals and stones - that they traveled 1500+ miles back to Virginia with.   No bandits or Native American trouble along the way.  Nobody noticing the wagons full of loot.

Upon arriving in Virginia, they feared they may never live to see their treasure cashed in.  In their paranoia, they buried the treasure 6 feet deep in a vault lined with stones, somewhere in Bedford County.

Instead of taking small bits to sell or bank like any normal person would do, they decided to give all of the information to an innkeeper named Robert Morriss.  That information being a box with 3 ciphers inside.  #1 telling the location of the treasure.  #2 telling how much treasure.  #3 mentioning “next of kin” should anybody break the codes.

Instructions stated that if they did not return for the treasure in 10 years - a key would be sent to the inn to open the box containing the ciphers.  10 years passed - no key - no Thomas Beale.

Robert Morriss (the innkeeper) opened the box himself and deciphered the 2nd code with the help of a friend.  They never were able to decode #1 and #3...meaning the treasure is still out there waiting to be found.   All you must do is break the other 2 ciphers.

It sounds ridiculous because it is ridiculous.  However - I do hope I eat my words someday and somebody becomes very rich and happy by finding it (or the Colorado Dimes).

Remember, there is treasure out there waiting to be found.  Some accidental - some with hard work.  However, most treasure legends are are illogical sounding.  Pick and choose wisely.  Many people spend many thousands of dollars in search of these treasures.   Some of them using entire life savings.  Don’t lose your treasure trying to find somebody elses.

That is it for this week!  Thanks for reading.  TheHunterGT signing off!