As I have stated once or twice in previous blogs, I lucked out being married to a wife who likes to metal detect.  This being a male dominated hobby, I was not expecting her to like it as much as she does. This was not always the case...There was some push back when I first ran it by her. Her opinion of the hobby was not fantastic.

In her eyes, the metal detecting world was a bunch of middle aged guys talking about electronics, digging in the dirt, and freaking out over coins dropped when grandpa was a kid.  There would not be many other girls to have a conversation with, and it would be less than awesome if we went to an event or club meeting and she was the only female.  Besides, what if we spent hundreds to thousands of dollars on equipment and never found anything awesome? Well, she had some valid points. I hate it when she has those.

Recently, I wondered what other outsiders looking in thought about my hobby of choice.  I asked numerous friends and family members who are oblivious of the hobby what they thought.  Not surprisingly, they had similar views. From an outsider looking in, this hobby is full of intimidating jargon thrown about by middle-aged guys wearing knee pads and fanny packs in a public park.  Not many women seem to be involved, and most guys were probably coin collectors or history buffs. That was their “in a nutshell” summary of what metal detecting was - along with some choice words like geek and nerd.  Pretty similar to what my wife saw from the hobby. From an insider like myself looking in, they are not entirely wrong I suppose.

I am a nerd (and geek) at heart, and I still spent weeks trying to figure what some of these terms and definitions meant, yet alone the differences between detector models.  Also, she was right that there are not many women compared to men in this hobby. For a planet that has a 1:1 ratio of men to women - this hobby is not the greatest example. It was a tough sell to say the least, and even I was wondering if I wanted to participate.  I sure didn’t want to wear a fanny pack. Not in public anyways... 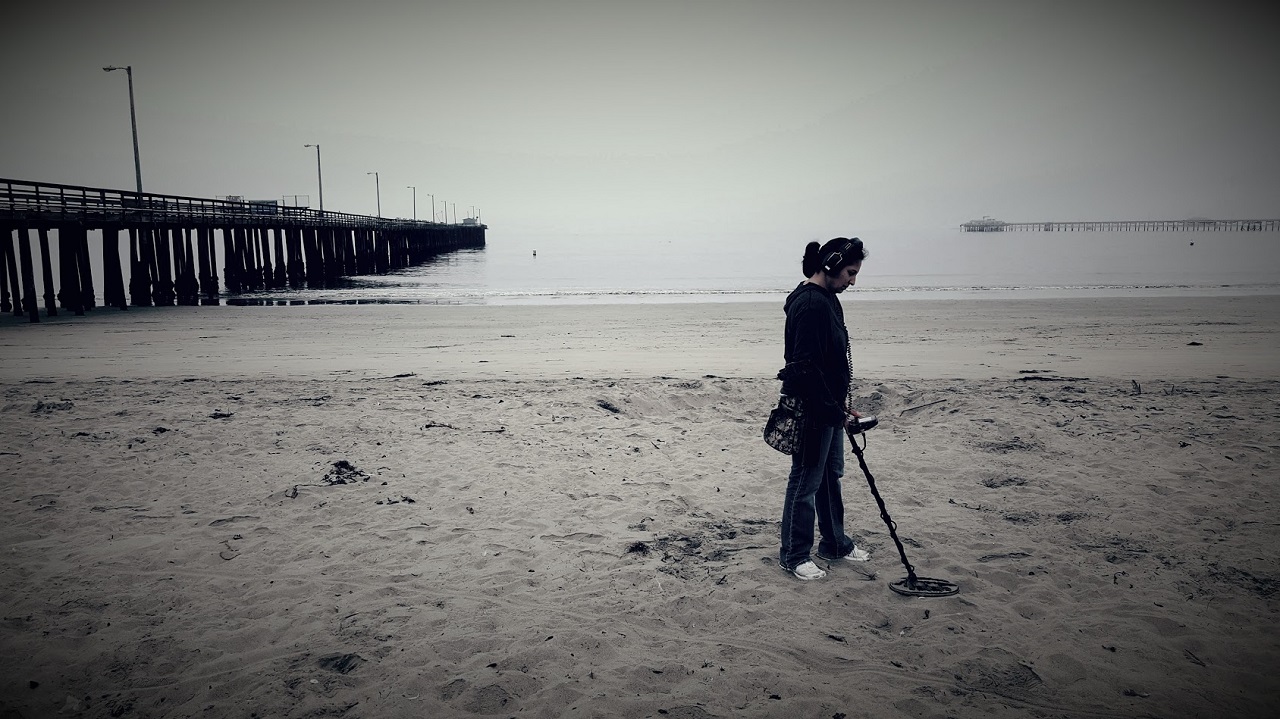 TheHuntress on the beach with her F19

Fast forward a few years into the future, and not only does she enjoy it, she understands the lingo that comes along with it.  Recovery speed, unmasking, and ground balancing? No problem for her. Notching, V-Break, and discrimination? Piece of cake. She knows the language as well as anybody.   The best part about it is that she is not just playing along to make me a happy husband. It’s not that fake excitement like when I pick a Chuck Norris action flick for movie night.  She truly does enjoy metal detecting. On her two days off from work each week, she usually wants to spend at least a few hours at the park or in the woods swinging the coil.

So what in the heck happened?  What changed her mind?

Well first off, she did come across some YouTube channels that were ran by female detectorists.  That helped more than anything. It was not JUST guys doing it. There were other girls - and they were having a good time.  Second, she saw how excited I was coming home with a handful of clad coins and an occasional wheat penny or two. I would Google each old coin and find out if it was rare or not.  I would sometimes catch her over my shoulder squinting at my computer monitor for information about MY finds. Third, the Fisher F19 was pink...and she would detect if she had that.

TheHuntress has found plenty of goods with her F19

So one pink Fisher F19 and 300+ hours of use later, here we are.   No, she does not participate in the detecting forums or watch hours of YouTube videos like I do.  That would cross the nerd line and there is no going back after that. Heck, I don’t think she even watches my videos or reads my blogs.  However, she does metal detect, and she does a very good job at it. I suppose that is all a guy like me can ask for. Especially since she likes doing artsy fartsy craft stuff like woodworking and painting - two things that do not interest me at all.

Thankfully there are no videos and forums dedicated to that nonsense...right?

Hope you enjoyed the blog.  TheHunterGT signing off. I will see you -  on the next blog.