Relics - gold nuggets - coins and jewelry - saltwater beaches.  There’s a detector for each, and sometimes a detector that will try to do it all. So without further ado...let’s take a look in no particular order.

Some hardened veterans say this is the hardest aspect of treasure hunting.  You must literally dig every beep to be truly successful here.  99% of it being iron bits and not gold, it could easily be mistaken as work rather than a hobby.  While retirement type finds have been made in a single hole, it should be noted that it is usually the accumulation of many small to medium sized targets that wins the day here. 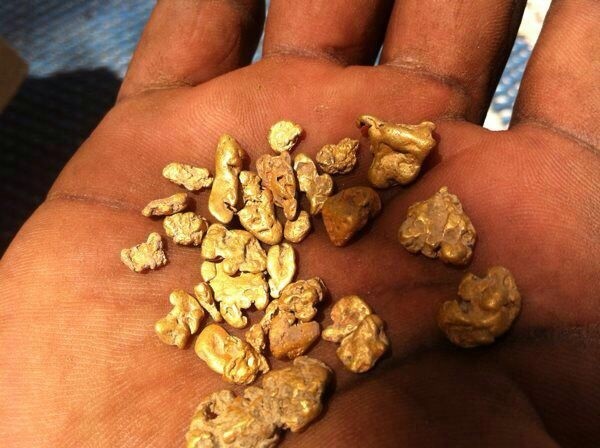 There are two types of metal detectors that are widely used for gold prospecting.  They both vary greatly depending on how you want to hunt - and how much you can afford. VLF (very low frequency) and PI (pulse induction).

The VLF detector is what most nugget hunters will start off with.  They start at about $400-500 and more expensive units can cost upwards of $1000 depending on the manufacturer.   The VLF detector is much more sensitive to smaller gold down to the sub-gram level.  On a larger coin sized nugget, they can go several inches deep.  Just keep in mind, the small shallow gold is the name of the game with a VLF gold detector.

The PI detector is usually much more expensive for gold prospecting and can cost anywhere from $2000 clear up into the $5-10K range.   They are very deep on larger nuggets…think feet instead of inches.  However, they usually will not be able to find the very small sized gold pieces the sensitive VLF can find.  The PI detectors are made to find the big deep stuff we all dream about.

This popular type of metal detecting is usually done with a VLF detector due to the discrimination capabilities they have over the PI detector.   Iron is usually the most present (and least wanted) metal at relic site.  From small nails to large pieces of farming tools and equipment - relic hunting usually means you want a detector that discriminates out the trash (iron) and keeps in the goods (lead/brass/gold/silver).

A VLF can also separate faster in an iron rich environment compared to a PI or FBS.  Coins next to nails give a PI and FBS trouble, while a VLF type can easily tell the nail from the coin next to it. 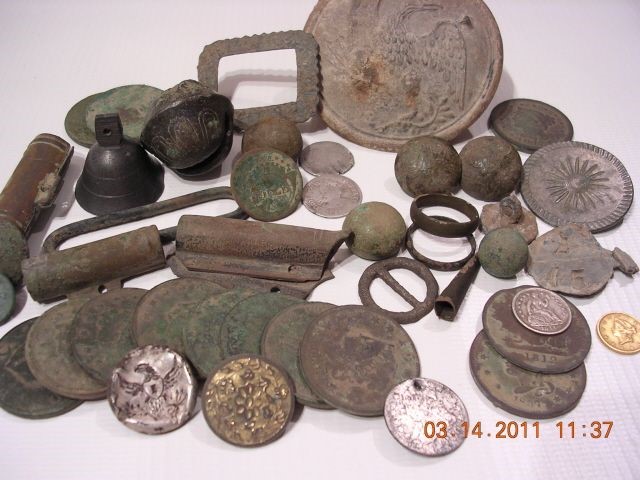 Many popular relic hunting detectors fall in the 10-20 kHz range which is a great “all around” frequency range to “do it all” so to speak.   A lower kHz detector is just too sensitive on larger deeper iron but great for high conductor coin shooters (7kHz for example).  While a higher kHz detector is usually too sensitive and loses depth like a gold detector would want (50kHz for example).

Perhaps the most popular type of metal detecting there is - coin shooting.   While this CAN fall into the relic hunting section, as many relic hunters are most definitely searching for coins, the average coin shooter chooses old parks and schools for a less iron infested hunt.   That does not mean there is nothing to discriminate out.  Foil and aluminum are the bad guys here.

Again - a VLF detector beats a PI here due to its discrimination, fast separation, and recovery speed.  It can see the coins next to all the pull tabs and foils bits - just like seeing the coins next to nail and iron bits for the relic hunters.  A lower frequency VLF  is usually preferred as it will detect a high conductor such as copper or silver slightly deeper.  Many coin detectors run in the 5-6-7 kHz range which gives a push in depth and is hotter on high conductors compared to higher frequencies.

There are also FBS (full band spectrum) and BBS (broad band spectrum) detectors that work as “multi-frequency” detectors.  They can run a wide range of frequencies simultaneously and work very well as coin detectors.  They are VERY deep on high conductors like copper and silver and have very good target ID at depth.  However, like a PI detector, high trash areas found in many parks and schools are not their best setting.  This is where once again a VLF detector with fast separation and speed is a wise option.

Here is where a waterproof PI, BBS or FBS (and multi-frequency VLF) detector rules the coop.  While many metal detectorists do in fact grab their single frequency VLF relic/coin/gold detectors to hunt saltwater beaches, they are not ideal and performance is compromised. Many beach hunters choose a PI detector for beach hunting (and gold prospecting) since it cuts through minerals like a knife through butter.  They also treat the beach like gold prospecting and

dig it all.  A wise move since many gold rings and jewelry are dropped at swimming and tanning beaches.  Since gold falls in the foil and aluminum range - digging it all is the only option.

FBS and especially BBS detectors do well here since they can ID targets very well - and penetrate the salty mineralized beaches due to running multiple frequencies at the same time.   PI like depth and VLF like discrimination make these popular choices.

I suppose we could talk about saltwater scuba detecting (PI dominated) or fresh lake detecting (VLF dominated) - but I think we will call it day so this blog does not get too long and convoluted.