I just attended my first DIVs in the infamous “red clays” of Virginia. I was determined to use my Teknetics T2 metal detector, but was warned by many that the high mineralization of the red clays was the domain of Pulse Induction machines and a VLF metal detector was best left at home.

My T2 was up against P.I. metal detectors that cost six times as much but it held its own and then some! I finished the hunts with over a hundred Civil War bullets, a handful of buttons and a pile of other relics. Some bullets were at least 14 inches deep! I am a firm believer in the T2 with its superb ability to penetrate anything from iron-infested home sites to the highly mineralized red clays. 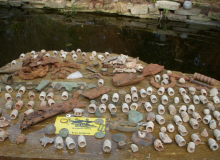 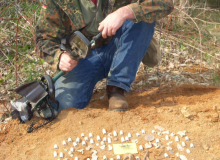 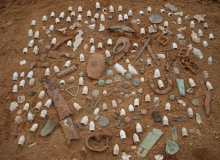 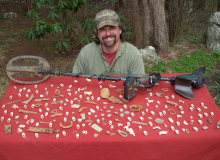 Here are two links to some pictures of finds I have made with the T2.

Congrat’s on the Top Scorer position and T2 win at the 2013 GNRS!