Here is a few T2 finds. The 5 buttons from top to bottom are as follows. An extremely rare english imported confederate engineers button, a rare SC button with a backmark not listed by Albert only a few known to exist.A rare Kings Mountain military school button 1855. It was S. Carolina's only civil war period school and the buttons are scarce especially dug ones. A rare SC button that was made during the war in Columbia SC called a confederate local and a rare English imported confederate block I button. 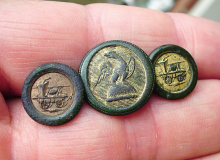 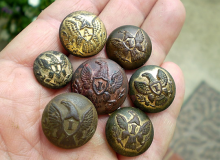 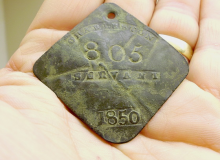 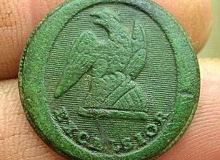 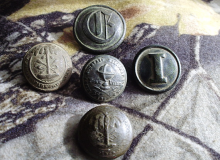 Next pic is of 2 jacksonian buttons from the 1830's along with a nice New York militia button from the same time period.
Next pic is of several pretty eagle buttons from the SC lowcountry.
Next is another 1 piece 1830's New York Militia coat button.
Next is an 1850 Charleston Servant slave tag
The last one is of 3 very rare late 1800's Aiken Fire Brigade badges. Only 7 of these have ever been found all from the same area.